The Governing Body is made up of a team of very dedicated volunteers who provide strategic leadership and accountability and support the school in delivering its aims and objectives and ensuring the correct policies, plans and procedures are in place.

According to our constitution, our school’s Governing Body consists of 12 people that includes seven Foundation Governors (appointed by the Bishop of Clifton Diocese), one Local Authority Governor (nominated by the local authority but appointed by the governing body), two Parent Governors (elected by the parents and carers) and two Staff Governors (including the Headteacher, the other staff governor is elected by the staff). For more information please see our Scheme of Delegation 2019-20.

Our current members of the Governing Body are:

If you would like to contact any of the Governors about their role or their vision for the school, please email the Clerk to Governors.

I was born and grew up in Northern Ireland; training to be a teacher at Queen’s University in Belfast. After one fantastic year of teaching and a great deal of flying with the University Air Squadron, I was lucky enough to be selected as one of the first female RAF Pilots in 1990.  I joined the Hercules fleet at RAF Lyneham and have lived very happily in Malmesbury for the past 20 years.

I have been a Foundation Governor at St Joseph’s for 14 years. I care passionately about delivering the best possible education for every child in the loving, caring, fun environment that epitomises St Joseph’s. I have three children, all of whom attend or have attended St Joseph’s. My hobbies include skiing, reading, singing in several choirs and playing the cello.

Prior to becoming a School Governor I spent four years as the Chair of Cross Hayes Pre School, which gave me great insight into OFSTED and the challenges faced by educational organisations, but also served to inspire me to offer as much support as I could to the children and teachers at St Joseph’s.

I challenge the school to maintain the equilibrium of fun, academia and forest school – to create active and happy children – while constantly looking forward strategically at where it aims to be in the future.

Originally from Oldham, I relocated to Malmesbury in 1998.  I work in the food industry. My university education focused on Chemistry and I am a Member of the Royal Society of Chemistry. Both my daughters attended St Joseph’s, I have been a Governor for 16 years and my wife, Nicola, works in admin at the school. My main focus is maintenance of the school premises/land and new related initiatives, as well as co-ordinating health and safety.

Over the years I have worked closely with Elaine Pearce, Headteachers and Governors co-ordinating projects, including:
– New KS1 extension and garden
– New boiler and heating system
– Resurfacing of the playground
– Creation from a patch of playground of a new ICT suite, which later became the library
– Clearing of the overgrown, impassable, Nun’s Walk which links the church to the school, laying a new path to re-open the walkway
– Assisting in negotiation with Diocese for use of ‘the land’ leading down to the river behind the school
– Improved security, with the introduction of lanyards for governors, visitors and contractors, plus security fobs for staff.

I joined St Joseph’s in 2013 as a Foundation Governor. I have two children; Mia who has already been through St Joseph’s and Charlie who started in September 2016. I myself went to St Joseph’s!

Being a Foundation Governor, I am committed to helping the school to achieve the very best, while still maintaining the school ethos and values. I am a florist and bring my creativity and communicating skills to the board, while looking at every aspect of each situation. I am particularly interested in anti-bullying. In my spare time I enjoy spending time with my family and friends and relax by gardening. 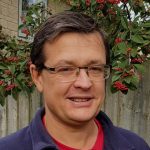 I joined St Joseph’s in 2018 as a Foundation Governor. I have three sons who all went through St Joseph’s several years ago. Whilst they were attending St Joseph’s, I came to appreciate the welcoming and competent staff, the small size of the school allowing a real relationship between the staff and the children, and the involvement of the school within the parish.

I am committed to helping the school to become an even better school, whilst maintaining their vision and values. Being a program manager, I bring my organisation and analysis skills to the board. I am particularly interested in the financial aspects of the school and am determined the get the best value out of the school’s budget for the wellbeing of the staff and children.

Originally from Middlesbrough, I moved to Malmesbury in 1991 whilst serving at RAF Lyneham. My daughter attended St Joseph’s between 1998-2005, and I was elected as a Parent Governor in 2004 before being appointed as a Foundation Governor in 2007. I spent two periods as Chair of Governors between 2005 and 2014, leading the Governing Board through two Ofsted inspections in 2008 and 2012. I served until 2014 and, after having a break to pursue other interests, I was reappointed as a Foundation Governor in October 2018. My background for the last 20 years has been in business and law, and I’m pleased to be able to contribute those skills to the school that gave my daughter the best start possible to her education. I firmly believe that all children are entitled to the best education society can provide, and that local families should be able to access education for their children in the community in which they live.

When I’m not working I enjoying spending time with family and friends, cooking, eating and trying new types of gin! To compensate for those indulgences, I can occasionally be found in the gym working off the calories.

I am a permanent Deacon, appointed to serve in St Aldhelm’s Parish, Malmesbury and the Clifton Diocese.  I joined the Governing Body in  2017 as a Foundation Governor and serve on the Mission, Vision and Ethos sub-committee. My focus is on forging ever-stronger links between the school and Parish, and supporting the school and staff with input on RE and faith issues. 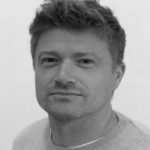 I live in Malmesbury with my wife and two children, and am a founding Director of a renewable energy company with operations on several different continents. I was keen to become a governor at St Joseph’s for several reasons, from being able to have an input into how the school is run to simply having an understanding of all that goes on behind the scenes.

The experience I have gained, in both my private and professional life, enable me to provide a valuable voice on the board of governors. I am committed to ensuring that St Joseph’s provides each and every child with the foundation to grow not just academically but also personally. Each pupil should be given the skills to leave the school as confident, motivated and independent young people. Born and raised in Bath, I am pleased and honoured to have the role of Headteacher at St Joseph’s Catholic Primary School.

I started my teacher training at Nottingham Trent University, teaching across the age ranges. My first post as a newly qualified teacher (NQT) was at a Catholic school in Salisbury. After a couple of years, I moved northwards to Hereford where I worked as a Reception teacher in a large two-form entry school. I worked my way up to Assistant Head, but after eight years – during which time I got married and became pregnant – it was time to return to my roots. I loved my time in Hereford, however the South West was where my heart was and where my family were based. So, with new babe in arms, we relocated back to Bath. In the following years I held positions at schools in Bath and then Trowbridge.

Most recently I have been the Special Educational Needs Coordinator (SENCo) and Senior Leader at a large Catholic school in Trowbridge.

In my free time, I enjoy spending time with my family, going to the theatre, travelling, reading books and watching the odd football match live!

Cookies are small text files held on your computer. They allow us to give you the best browsing experience possible and mean we can understand how you use our site. By using our website, you accept the use of cookies Find out more.